OhmniLabs: How to Win with a Robot? Make it More Human

OhmniLabs created a game-changing telepresence robot, but the media couldn’t understand its potential. A refreshed PR initiative changed the focus away from OhmniLabs’ tech and onto its use cases – captivating millions with the human stories behind the robot. 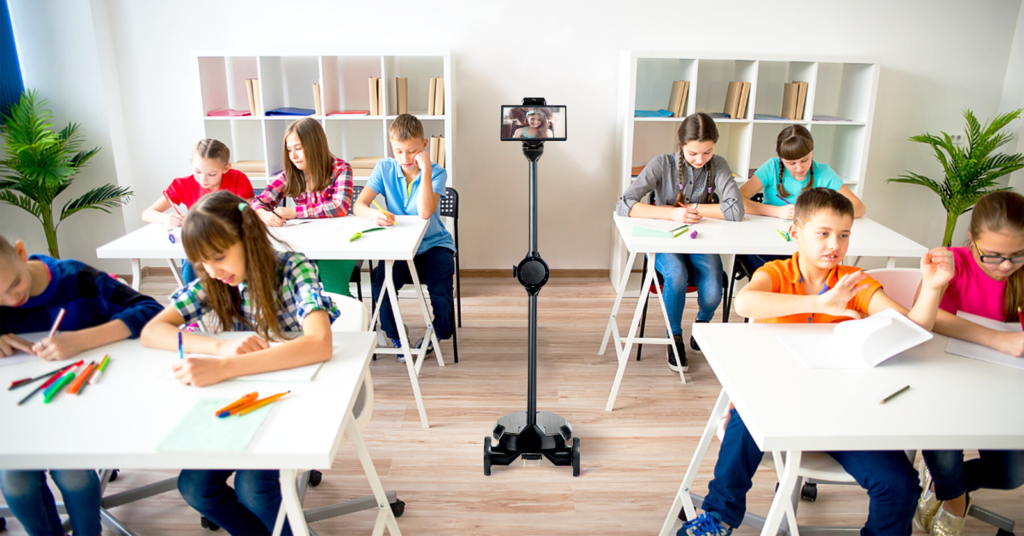 Click the video to watch a Sports360 AZ report on our client, OhmniLabs, placed by Lightspeed PR/M

Groundbreaking technology is not always easy to understand.

Groundbreaking technology is not always easy to understand. OhmniLabs’ Telepresence Robots allow users to roam freely around a remote space, with a full field of view, all without leaving their own location. But while robots can be fascinating, their use isn’t always obvious. Consumers were struggling to grasp the idea and value of owning and using technology that’s in a different location than they are. Before engaging Lightspeed, the company focused on the technology behind its product. But that approach still left reporters unsure of what the robot actually did – and even worse – why it mattered.

Drive It, Live It, Imagine It.

As seasoned storytellers, the Lightspeed PR/M team knew OhmniLabs had a great one to share. But to bring the robot’s potential to life, we first had to make clear how it worked – and why it was needed. Built on a graduated approach, the team’s strategy was: Drive It, Live It, Imagine It.

This essential first step demonstrated the technology’s ease of use by giving reporters “robot tours” of the OhmniLabs offices. The Lightspeed team knew there was no better way for reporters to understand the robot than through the immersive experience of driving one themselves. Through special invitation, targeted news media logged onto and drove an Ohmni robot that was housed in the company’s Silicon Valley headquarters. Not only did everyone love the simple remote driving experience, they saw first-hand that using the robot was as easy as joining a Zoom call.

Results for Drive It convinced us we were on the right track. OhmniLabs earned a profile in SF Gate that reinforced our ease-of-use message with the headline: This Silicon Valley Company Built a Robot to Make Video Chat More Realistic. It was followed by additional profiles in media like News12 Networks and Inverse, whose headline was a direct quote from OhmniLabs CEO, Thuc Vu: Robots Have the Potential to Improve Everyone’s Quality of Life.

Once we proved that the robot was easy to use, it was time for reporters to see and experience it in person. We expanded on the success of our first step by sending Ohmni robots to select reporters to test them out in their own newsrooms. But our goal was bigger than just sharing a fun piece of technology. We knew that a first-hand interaction with the robot would give the best understanding of how it could positively impact lives.

The Live It stage earned major media coverage, particularly with broadcast outlets who loved filming the robots in their own studios. Features of the Ohmni robot included The TODAY Show: Working from Home Meets Virtual Reality, FOX 5 New York, BBC Click and Yahoo! In the Know, which did a segment titled: “Is this life-sized robot the ‘ultimate’ work-from-home gadget? To find out, we drove it around our New York office.”

Now that the media understood the ease of the technology, and had a chance to experience its many features for themselves, the Lightspeed PR/M team took full advantage of OhmniLabs’s best stories: the people using their robots. This multi-tiered stage shared the many use cases for Ohmni robots. With an emphasis on how the technology had changed the lives of users, we invited reporters to imagine what this robot could do.

The LSPR/M team told stories of connection through OhmniLabs’s many partnerships, including: Phoenix Children’s Hospital; the Los Angeles Dodgers; Volkswagen/US Soccer; Nascar driver Josh Williams; and dozens more. These organizations gave sick or injured children a once-in-a-lifetime opportunity to spend a day with their heroes via the Ohmni Telepresence Robot.

Promoting these partnerships captured feature stories in a broad cross-section of media, such as CNET, whose broadcast coverage included hospitalized kids ‘running the bases’ at Dodger Stadium, via robots. Others, like the Atlanta Journal-Constitution, highlighted how the robots help patients stay connected. While Good Morning Arizona, covered the partnership with the Phoenix Children’s Hospital, and a segment on the BBC showed OhmniLabs’ work with Volkswagen and child cancer patients, asking Can football-playing robots beat the World Cup winners by 2050?

With this global news coverage, the door was open for OhmniLabs to leverage PR for accelerated business growth. The Lightspeed team recommended adding new use cases to our media outreach that specifically demonstrated the robot’s potential in a range of market segments.

For example, we demonstrated OhmniLabs as a vital tool for education, healthcare and the workplace. Our placements in top tier outlets like The Wall Street Journal, Fox Business, and The Street all covered how the future of online learning and working looks a lot more tangible with the Ohmni robot. Coverage in Business Insider specifically showcased the power of OhmniLabs in an educational setting, with students able to participate live from home.

In November 2021, we crafted the press announcement of OhmniClean, the world’s lightest, most efficient autonomous UV-C cleaning robot. The Lightspeed team immediately secured a broadcast segment on CBS in the Bay area, titled 3D Printed Omicron Fighters which was syndicated to more than 30 television stations nationwide. Strategic placements continued in vertical trade publications, including FacilitiesNet, Inside Higher Ed, Spaces4Learning and Cleaning and Maintenance Management. Those articles had a direct business result by initiating sales leads with commercial cleaning companies.

A strategy with measurable success

Thanks to our strategic planning and successful rollout, Lightspeed PR/M has secured more than 385 placements for OhmniLabs, with a total audience reach of over 3.2 billion impressions. Our client reported to us that interest and sales leads had both ballooned since our results started rolling in.

What the press say...

As the omicron variant puts a pause on return to office plans from coast-to-coast, more workers are having to upgrade their home set-up to ease collaboration. NBC’s senior consumer investigative correspondent Vicky Nguyen shares a first look at how companies are looking at solutions like virtual reality headsets and robots to meet around the world and work together.

Click tours Mobile World Congress, but through the eyes of a robot.

Although I feel as if I’m exploring the OhmniLabs headquarters in person, I’m actually using the arrows on my keyboard to traverse their space with their signature product, the Telepresence Robot. I’m here remotely because I want to learn more about how robots are being utilized — and marketed — during a pandemic that begets social distancing.

Pediatric patients at a Los Angeles hospital got to run the bases at Dodger Stadium, thanks to telepresence robots that transported them from their beds onto the baseball field.

With tablets in hand, 10 patients at UCLA Mattel Children’s Hospital moved the wheeled robots around the diamond, and even chatted with Los Angeles Dodgers players face to face.

“Turn it that way, there we go,” Dodgers infielder Gavin Lux coached a patient, who was maneuvering the robot around the field from afar, using buttons that direct the bot backward and forward. “Hey, you did a great job running the bases,” Lux said, getting up close to the display atop the robot’s base, which let him interact with the young baseball fan via video chat. Young fans get to run the bases after some Dodgers home games, and this gave the ill children a chance to participate.

The foldable Ohmni Telepresence Robots, from OhmniLabs, stand just under 5 (1.5 meters) feet tall and weigh 20 pounds (9 kilograms). For this occasion, they wore blue and white Dodgers jerseys. Some of the patients also donned Dodgers garb.